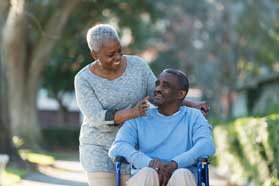 Strokes are considered a life-threatening emergency, and by recognizing the signs of a stroke and immediately calling medical professionals, you may save someone’s life. To find out more information about stroke treatment in Morristown, call (908) 206-7202 or contact Dr. Lakshmi Prasad online.

It’s important to know that strokes are preventable and treatable. If you suspect that you or someone you know is suffering a stroke, call for emergency help immediately. For more information on strokes in Morristown, NJ, call (908) 206-7202 or contact Dr. Lakshmi Prasad online.