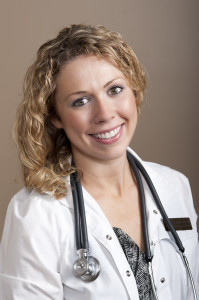 Although you hear less about it, cardiovascular disease continues to be the leading cause of death in the United States, with one American dying every 40 seconds from this disease. Nearly half of all heart attack victims had no prior risk indicating an oncoming heart attack.

Proactive health practitioners will want to identify the likelihood of their patients having cardiovascular disease, and one way to do so is through advanced cardiac markers testing. You will also hear this referenced as cardiac biomarkers testing. Less expensive than cardiac imaging and non-invasive, this is the initial testing strategy for an accurate cardiac condition diagnosis.

What Is Advanced Cardiac Markers Testing?

Advanced cardiac markers testing refers to the blood tests healthcare providers give to their patients whom they suspect of heart disease. Any time your heart is damaged or stressed, biomarkers are released into your blood. These biomarkers help your healthcare provider diagnose acute coronary syndrome (ACS) and cardiac ischemia. Both of these conditions mean your heart is receiving insufficient blood flow. The root causes of both are usually plaque buildup in your arterial walls, and hardening of the arteries (atherosclerosis).

There are six current advanced cardiac biomarker tests used to diagnose heart damage. They are as follows:

It is also common to receive advanced lipid testing. These tests can improve your healthcare provider’s assessment of your CVD risk in order to recommend more therapeutic and preventative strategies. They will measure lipoproteins such as very-low-density lipoprotein (VLDL), LDL particle number (LDL-P), HDL particle number (HDL-P) and particle size. In combination with advanced lipid testing, inflammation testing which looks at specific inflammation markers such as myeloperoxidase (MPO), high sensitivity c-reactive protein (hs-CRP) and lipoprotein-associated phospholipase A2 (LpPLA2), can help to better identify narrowing or blocked arteries due to plaque buildup.

I am currently accepting new patients and
I am available to answer your questions.